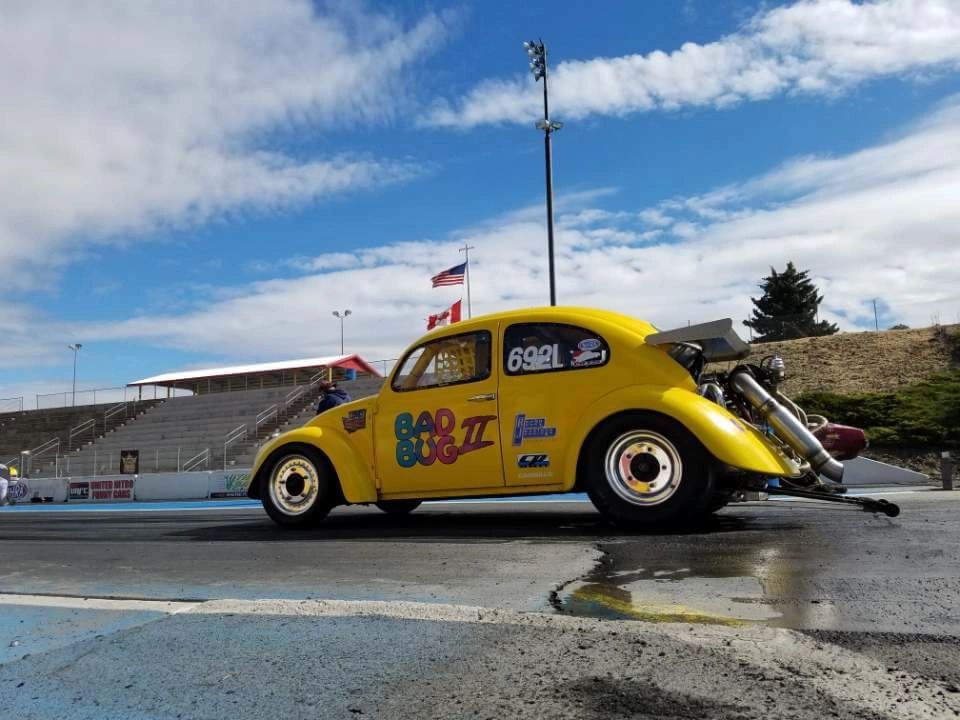 On the Race Track!

Bad Bug Racing is centered around Bad Bug 2.  The Bad Bug 2 is a 1956 VW bug that  has been specifically modified for drag racing.  The current engine is a 2553cc,  turbocharged, intercooled and fuel injected genuine air-cooled Volkswagen engine.  The eventual goal with the car is to run in the 8 second range at over 150mph in the quarter mile!

The Bad Bug 2 draws attention on the race track and at car shows!  It is often a crowd favorite!

Who is Bad Bug Racing?

Jeff Rogers is the proprietor of Bad Bug Racing and raced 1BADBUG, his daily driver street-legal beetle, from 1981 until 1993.  In the early 1990s, Jeff acquired what would become the Bad Bug 2, and in 1994, the Bad Bug 2 officially made its debut at the track.  The car has been modified on several platforms, including "All Motor", with nitrous oxide and currently is turbocharged, intercooled and fuel injected.

Powered by many, many inconvienced electrons!